This was a wonderful place to begin my therapy. Your staff was very nice and made me feel at home.

My experience with Therapy Unlimited has been exceptionally helpful and rewarding. When I first began, I was skeptical about how much help this would be. All total, I have recovered a great deal physically and mentally 110%. Thanks.


Physical Therapy » Back Pain » What conditions are associated with back pain?

Conditions that may cause back pain and require treatment including:

•  Bulging disc (also called protruding, herniated, or ruptured disc). The intervertebral discs are under constant pressure. As discs degenerate and weaken, cartilage can bulge or be pushed into the space containing the spinal cord or a nerve root causing pain. Studies have shown that most herniated discs occur in the lower, lumbar portion of the spinal column. 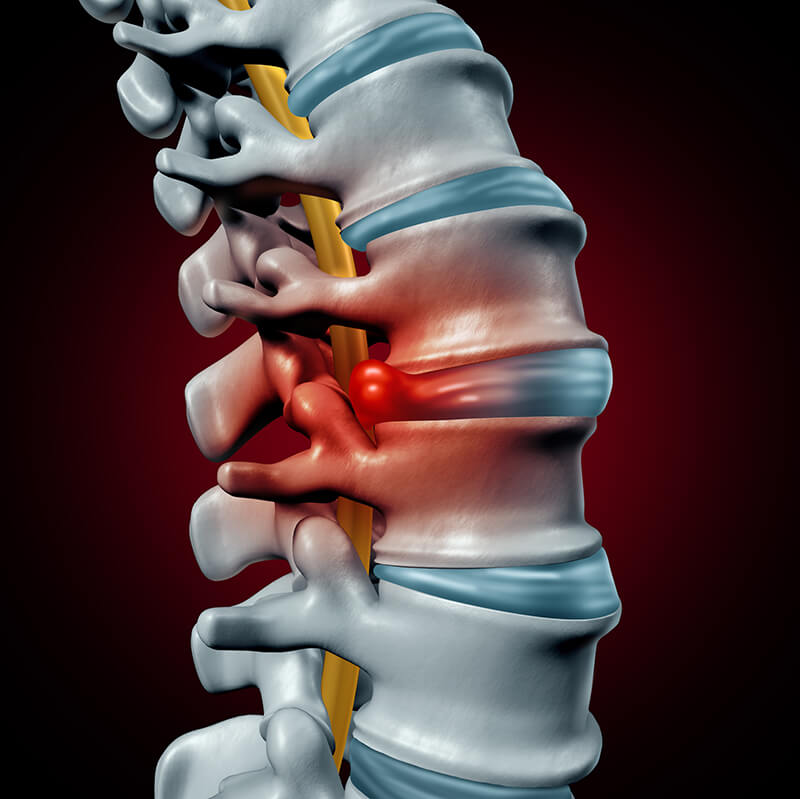 A much more serious complication of a ruptured disc is cauda equina syndrome, which occurs when disc material is pushed into the spinal canal and compresses the bundle of lumbar and sacral nerve roots. Permanent neurological damage may result if left untreated.

•  Sciatica is a condition in which a herniated or ruptured disc presses on the sciatic nerve, the large nerve that extends down the spinal column to its exit point in the pelvis and carries nerve fibers to the leg This compression causes shock-like or burning back pain combined with pain through the buttocks and down one leg to the below the knee, occasionally reaching the foot. In the most extreme cases, when the nerve is pinched between the disc and an adjacent bone, the symptoms involve not pain but numbness and some loss of motor control over the leg due to interruption of nerve signaling. The condition may also be caused by a tumor, cyst, metastatic disease, or degeneration of the sciatic nerve root. 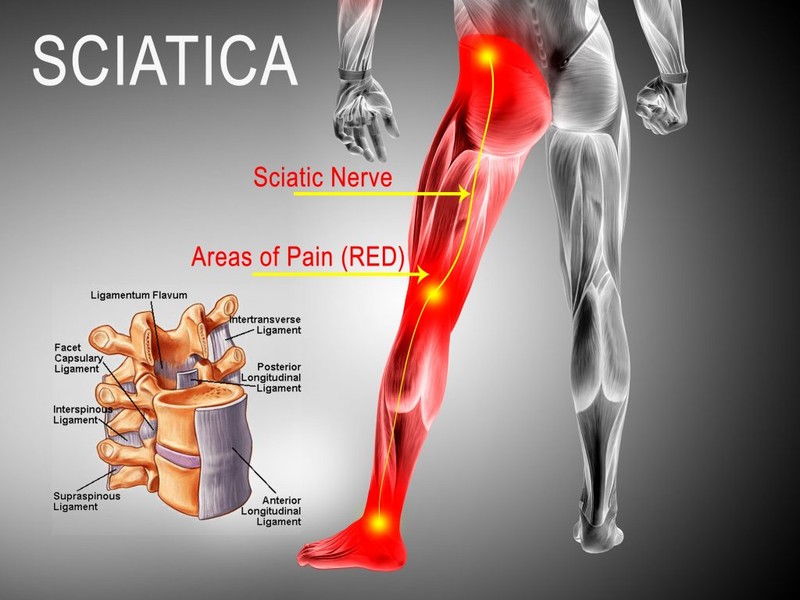 •  Spinal degeneration from disc wear and tear can lead to a narrowing of the spinal canal. A person with spinal degeneration may experience stiffness in the back upon awakening or may feel pain after walking or standing for a long time.

•  Spinal stenosis related to congenital narrowing of the bony canal predisposes some people to pain related to disc disease. 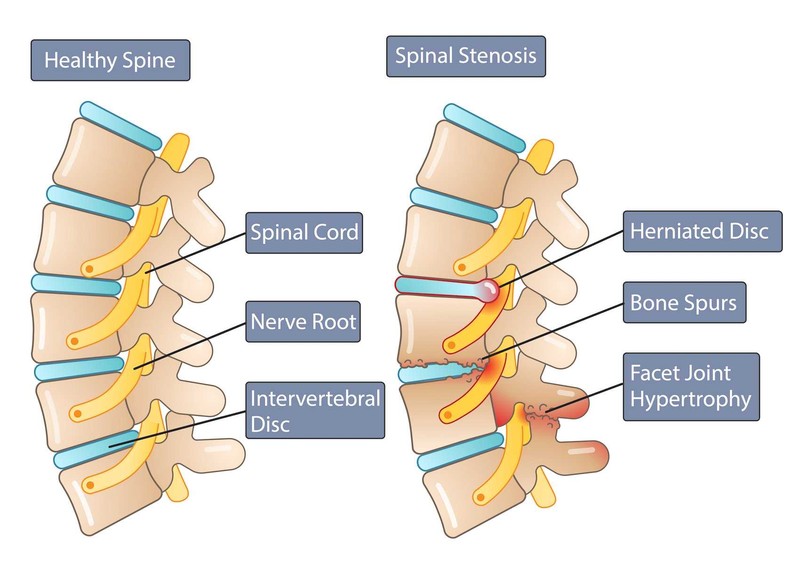 •  Osteoporosis is a metabolic bone disease marked by progressive decrease in bone density and strength. Fracture of brittle, porous bones in the spine and hips results when the body fails to produce new bone and/or absorbs too much existing bone. Women are four (4) times more likely than men to develop osteoporosis. Caucasian women of northern European heritage are at the highest risk of developing the condition. 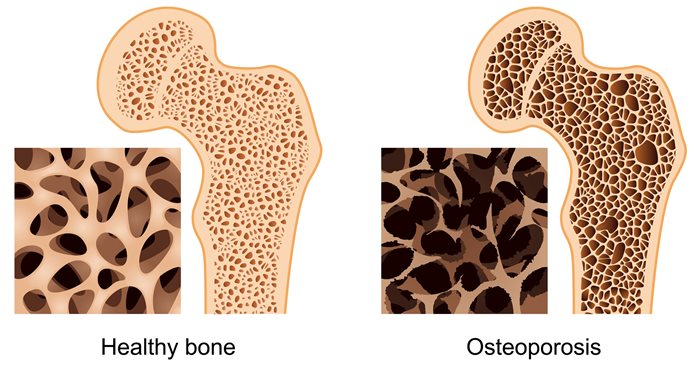 •  Skeletal irregularities produce strain on the vertebrae and supporting muscles, tendons, ligaments, and tissues supported by spinal column. These irregularities include scoliosis, a curving of the spine to the side; kyphosis, in which the normal curve of the upper back is severely rounded; lordosis, an abnormally accentuated arch in the lower back; back extension, a bending backward of the spine; and back flexion, in which the spine bends forward. 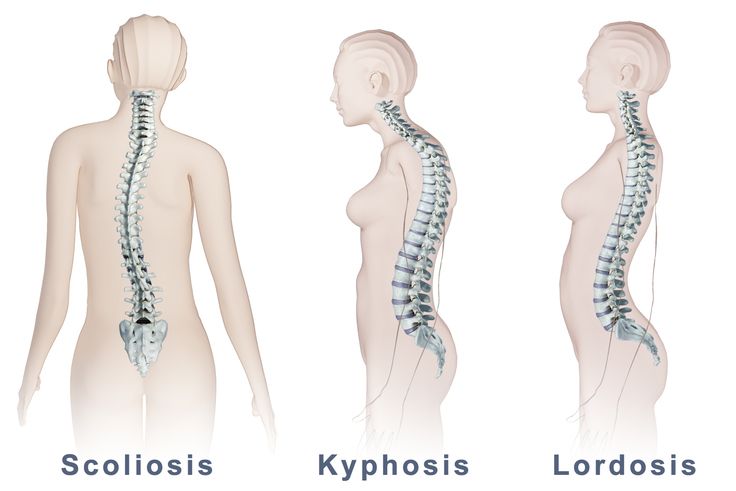 •  Fibromyalgia is a chronic disorder characterized by widespread musculoskeletal pain, fatigue, and multiple "tender points", particularly in the neck, spine, shoulders, and hips. Additional symptoms may include sleep disturbances, morning stiffness, and anxiety. 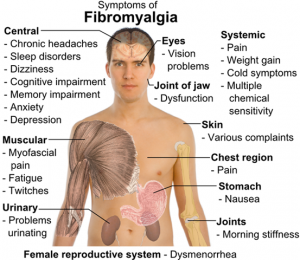 •   Spondylitis refers to chronic back pain and stiffness caused by a severe infection to or inflammation of the spinal joints. Other painful inflammations in the lower back include osteomyelitis (infection in the bones of the spine) and sacroiliitis (inflammation in the sacroiliac joints). 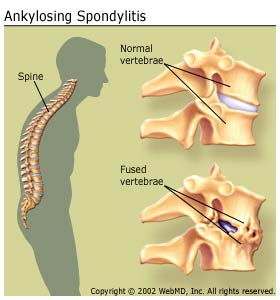